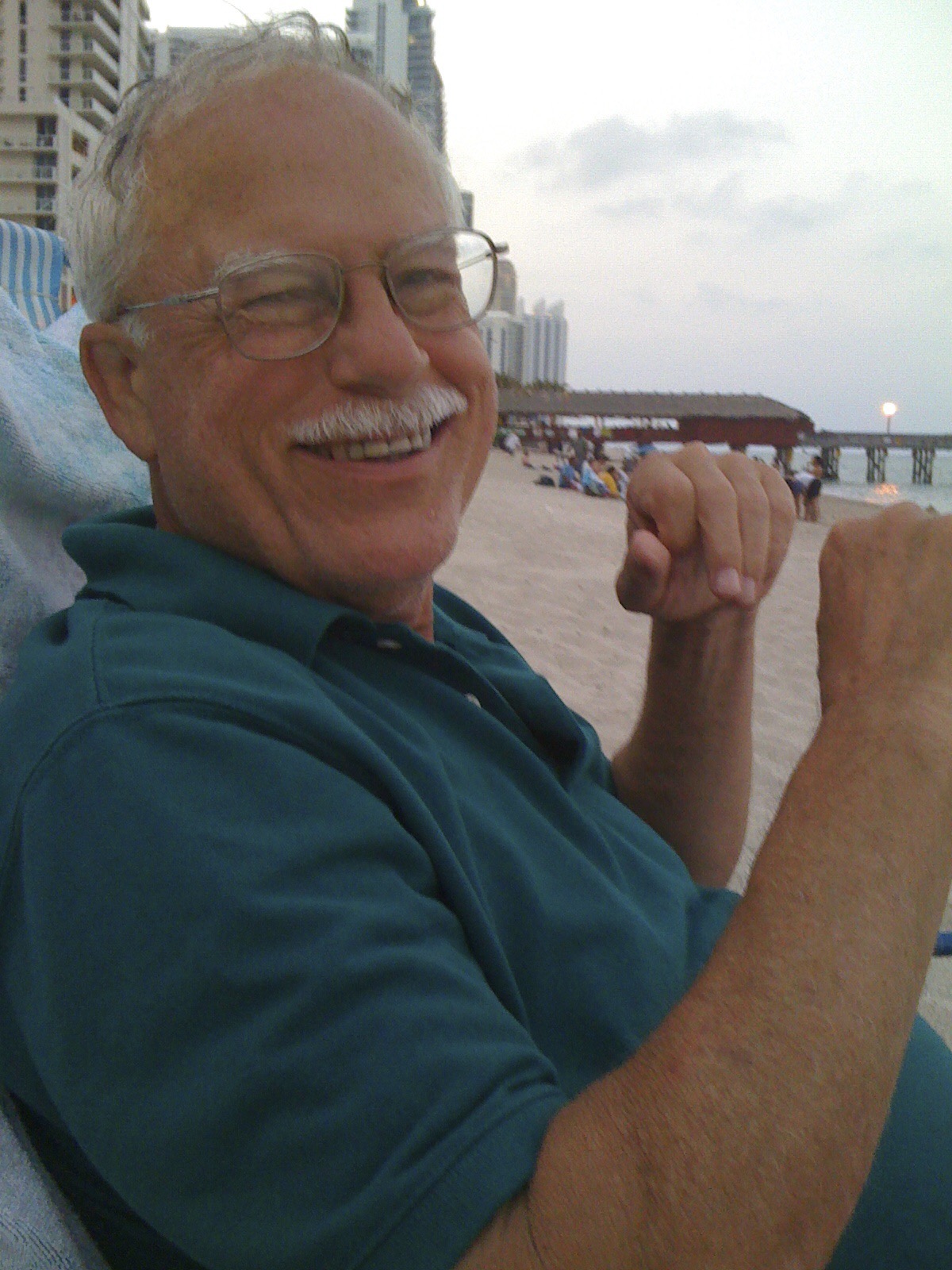 Three time Jet-14 National Champion Peter Jones recently passed away after a short battle with ALS (Lou Gehrig's Disease).  Peter grew up on the Jersey shore and began sailing Jets at a very early age.  His sailing accomplishments were numerous.  He won the Jet-14 National Championship in 1964, 1965, and 1970.  Four-time champion Max Culpepper, who knew Peter from his teenage years racing many different boats on Barnegat Bay, recalls the 1965 event in particular:

"We were on track for winning the Nationals regatta and Peter was in 20th place while we were leading in the final race. On the last windward beat to the finish, Peter passed 18 boats and won the championship."

In addition to his wins, Peter by 1985 recorded more top 10s then anyone else in the history of the class - 17 times.

Perhaps more impressive than Peter's obvious sailing talent was the leadership and energy he brought to the Jet-14 class and the lives he touched while doing it.  Bob Putnam (#1141) recalls meeting Peter just before the Jet expansion at Severn Sailing Association, noting it was clear to him that Peter was "a person of class and real presence, who represented an important history for the Jet class".  Randy Bruns, a good friend of Peter's, also noted his energy and enthusiasm and recalls many fond memories of racing at Surf City.  There are many examples of other lives that Peter touched outside of the Jet class.  Posts to the Sailing Anarchy forum recall Peter as a natural helmsman with a calm and quiet demeanor on the water, never yelling at a crewmember.  If things went really wrong, he usually just laughed.  In a post that asked about the best sailor you have sailed with, a member replied with this story:

"One of our clubs' events was a race where on alternating years the one-design dingy fleets would field a team from each fleet to race against each other in big boats loaned to them from other members of the club. or the Big boat skippers would race against each other in dingys. in '89 it was the dingies turn to race in big boats. all the other fleets turned out crews of 7-8 people to race on the big boats. I was the only Jet skipper to show up. Peter said "well it looks like you're gonna single hand" Peter had a Finn 351, named "Huckleberry". it was sort of a 35' Swan wannabee. very nice boat. Peter rode along to protect his interest in the boat, help me get the sails up before the start, and coach, but left everything else in the race up to me. I had crewed on big boats for a few years, but never driven one for more than a few minutes in a race before. We didn't win the start, but shortly thereafter, peter started talking. Giving me little tips on jib and main trim, suggesting how to work the helm ... within 20 minutes we had passed the other 7 or 8 boats on our way over to Bloody Point light. By the time we had sailed back over to Herring Bay and back up to west river to finish at the club none of the other boats were in sight. we finished and tied up at the club. i was hooked back into big boats and raced with Peter for two seasons, until unfortunately He was forced to sell his boat. Peter wasn't the greatest sailor on the planet or the most well known, but he was patient to a fault with his crew, I never heard him raise his voice in anger at any of his crew, even in the midst of the most egregious cluster f#$%s. His reaction to bad situations was usually laughter. He taught me many important lessons, but probably the biggest was that what we're doing out here on the water is playing a game. I dont make my living out there on the race course, I go out there for recreation and it's supposed to be fun. If it isn't I'm doing something wrong."

"Peter then got into bigger boats in the mid 80’s, he has a cruiser/ racer called Huckleberry, he kept it at Hate’s in Galesville and raced it out of WRSC. He continued his winning ways on it. It was a Fin yot.. I think he was commodore of WRSC or was on the board. I think he also might have been commodore at PRSA.  He did a lot of the printing of Jet blasts in the early 70’s and was instrumental in the Jet adopting the spinnaker in 1970.  He did some crewing through the years for Peter Hale in his Thistle, but his heart was always in the Jet class, I remember, Raya (his girlfriend) bringing him down to SSA, He still remembered me and he took one look at the Jet and said, I used to have one of these, he called them vehicles, even with his dementia, he still knew it was a important part of his life. He will be missed greatly."

In his later years, Peter remained intimately connected to the Jet class.  He frequently ran the Jet races at West River Sailing Club when Jets returned for the Irey Memorial Regatta.  In 2006, he took many on the water photographs of the Jet Nationals at Severn Sailing Association, including this iconic shot that has been used many times on the Jet website.  Just a few years ago, Peter escaped his demntia for a couple of hours when he gladly accepted Randy's invitation to go for a sail in his Jet.  They had a great sail - Peter recalled how to do everything in the boat and left the water that day with a huge smile.  It's how all of those who knew Peter will remember him. 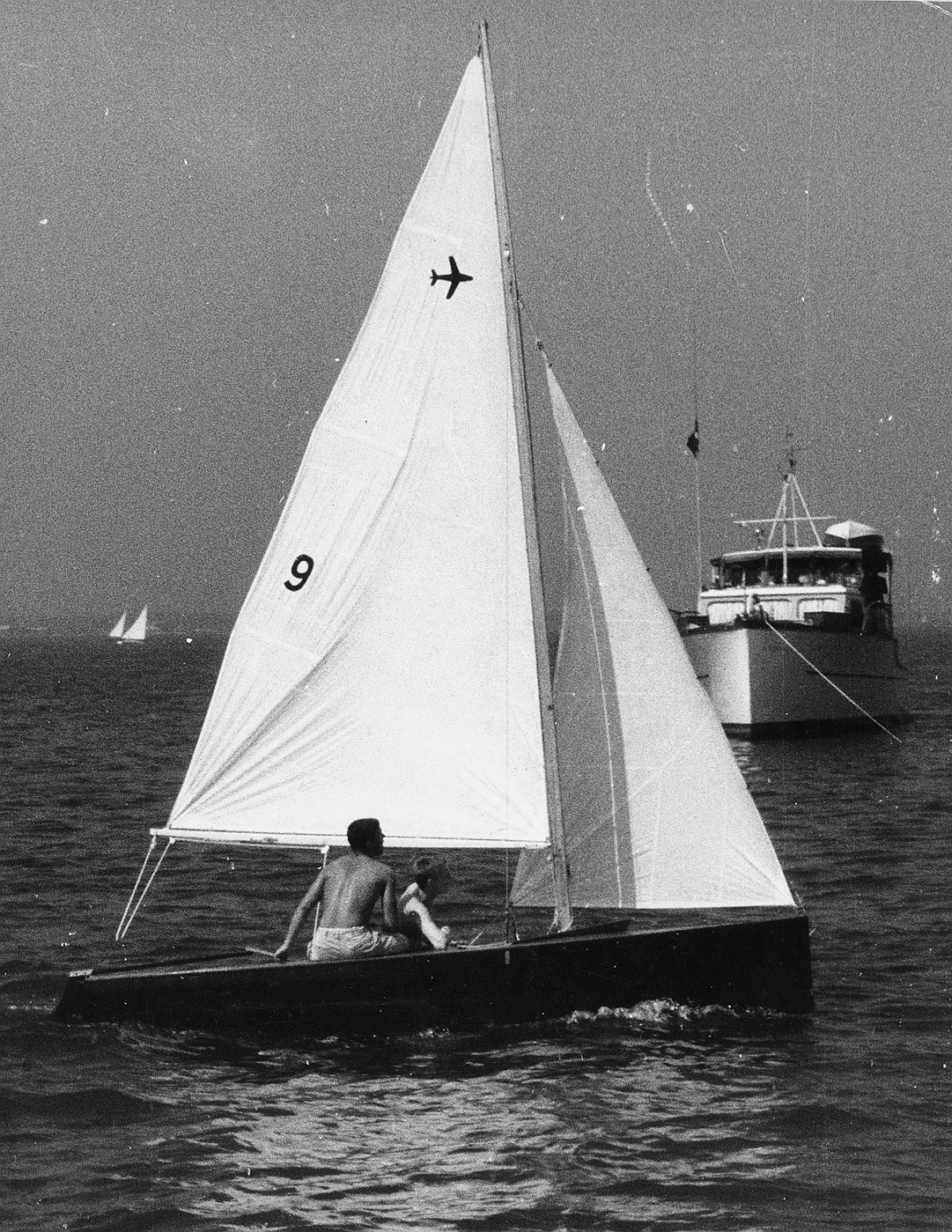