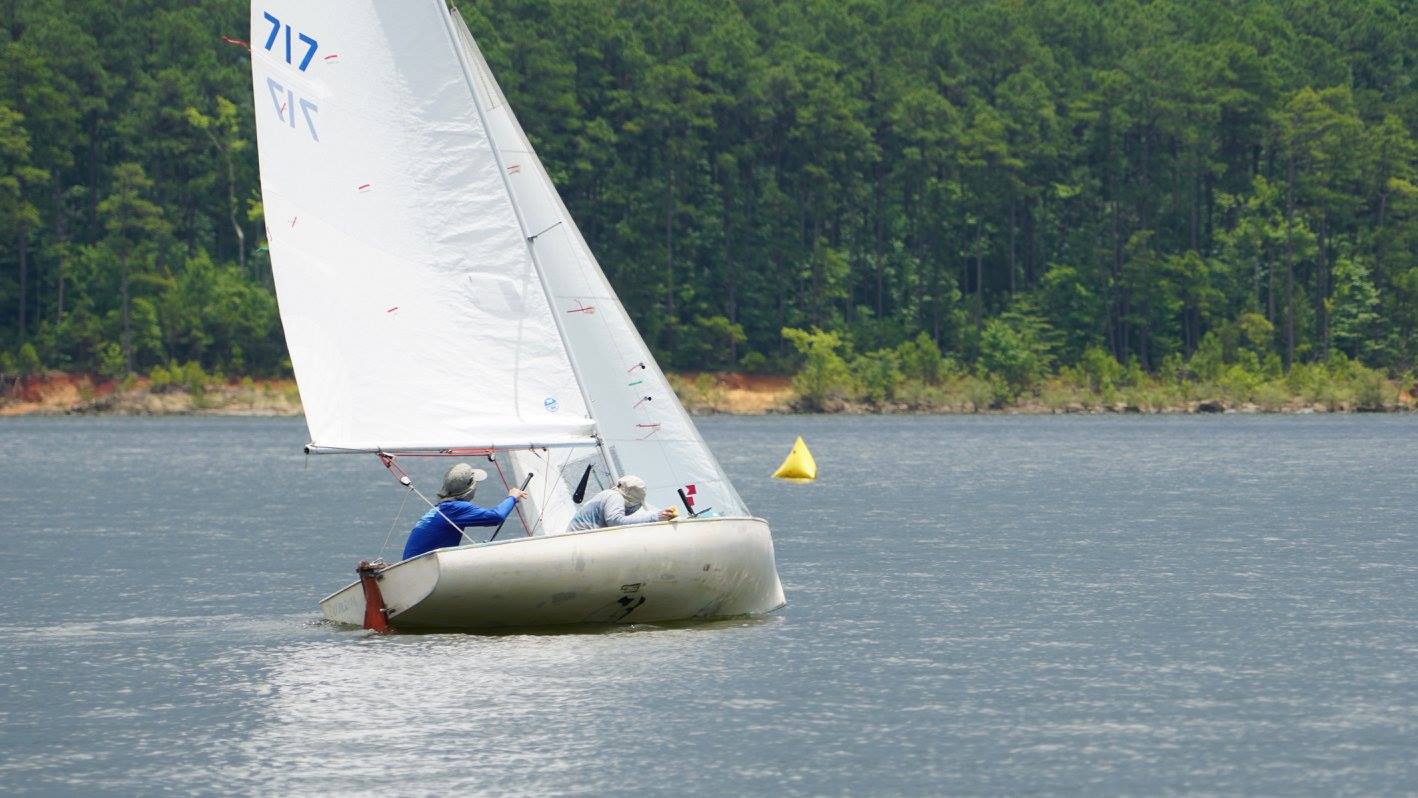 Above: Roll tacking proved beneficial in the lighter air on Saturday, as demonstrated by the champs.

Summertime had arrived in the south with afternoon thunderstorms.  This was not a surprise , but the wind was.  Yes we had wind while sailing and Chiggers while we camped. Most sailors camped in the thunder and rain except the Janeways. Lenny camped with a utility box  trailer with AC. The rest of us almost climbed in with him when the rain storm arrived in the middle of the night.  Too bad Terry wasn’t there. Curtis arrived late, leaving a trail of boat parts along the highway but had enough boat to sail. Barry was the perfect host by reserving the campsites, and cooked bratwurst over a camp-fire Friday night.

On Saturday morning, 80 boats were registered, which included 6 jets. A good show for the 60th Governers Cup.    Saturday we got one race in.  The wind blew to 10 knt by end of the race. A storm approached which caused the second race to be abandoned (by race-committee using the phone radar)

The day ended with a big club dinner and spectacular view of the stars once the storm couds moved on.

On Sunday,  the wind was 10 knt steady.  Luckily Chris left his rig tension off which gave the rest of the fleet a chance to catch up in the 3 races.  Tom and Lenny battled it to the finish.

Winners note:  rig (jib halyard) was set to half tension , and the jib was set to 1 inch from the outside of the spreader.  During light air, the rig loosened. 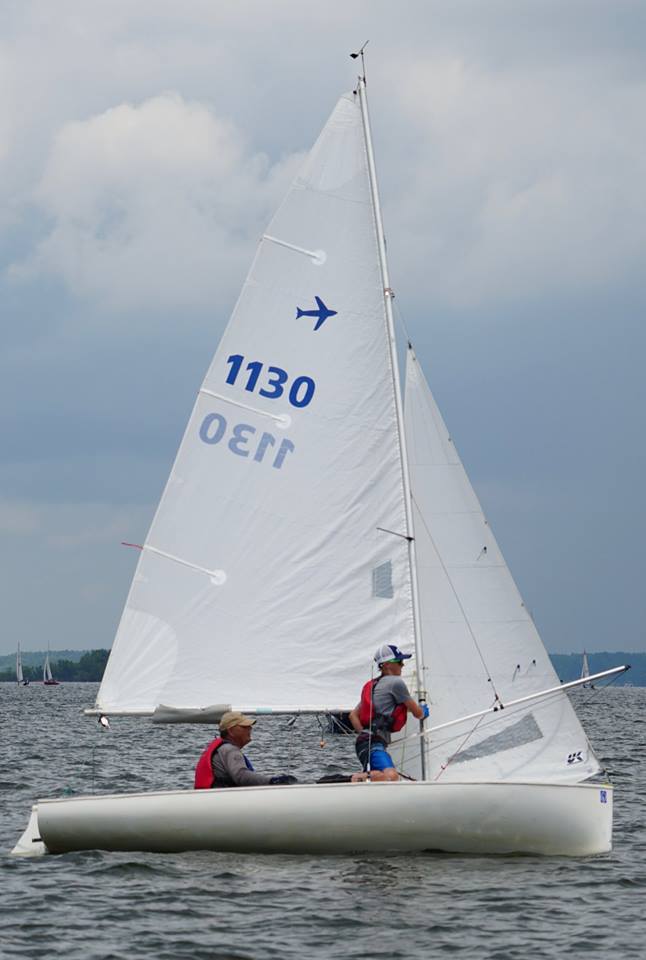 Above: Caswell Kern sets the pole as Lenny Wells gets ready to roll downhill 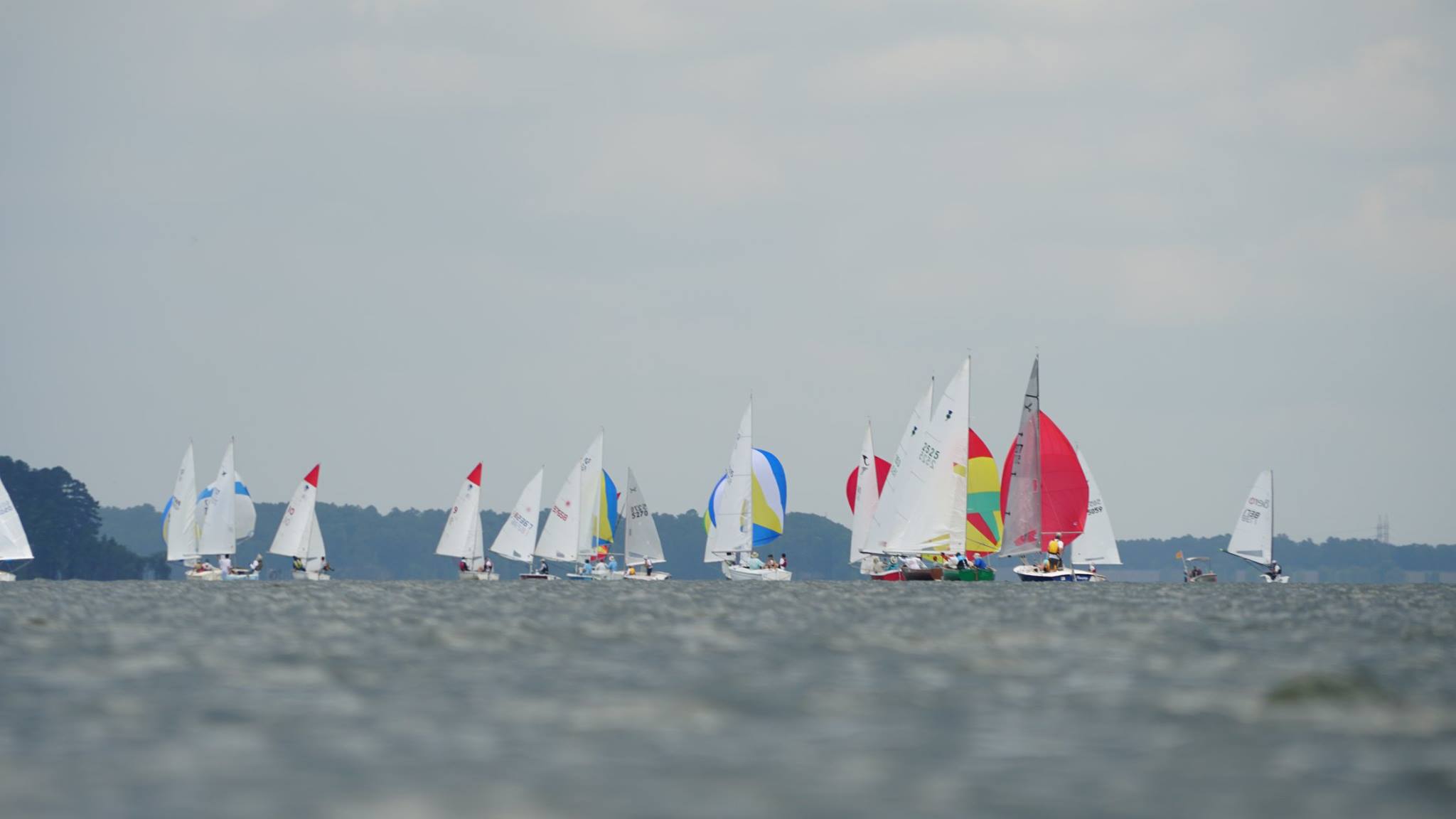 Full Set of Pictures at Smugmug